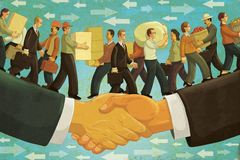 International Economics in the IB Economics course concerns itself with the following questions:
Problems arise when there are large and persistent imbalances in international payments, such as Germany’s large trade surpluses, and Venezuela’s trade deficits with the rest of the world. Are there policies a government can implement to rectify these imbalances?

The global economy is so interconnected that governments cannot correct domestic economic problems without first considering the wider effect this may have on other countries. As a result we see that international economic relations must often be considered in government economic policy development and implementation.  Hopefully by the end of this section of the course you will understand the thinking behind and arguments against Donald Trump's trade policies that have been so extensively covered in the news.