The Individuals and Societies Toolbox

Visit this page and answer the prompt,  "Individuals and Societies is the study of.........." in 20 characters or less.

As we begin this unit we will consider the following questions;
Students over the space of approximately three to four weeks will then embark upon learning about the "when", the "what"and the "who" of history through a variety of activities.

The "When": Chronology and Anachronisms

In  class we will practice these skills through looking at a real historical event, students will have to put the events into their correct chronological order to make some initial speculations about what has happened. Through doing this they learn about the importance of chronology and understand the meaning of anachronism. Additionally, each student will  produce a timeline of their life and then a timeline of world events covering the same period.

Can you spot the anachronisms in the picture and videos below?

Analyzing sources is a key part of being a Social Studies student. Sources can include things like: video, newspaper reports, pictures, cartoons, books, speeches, magazines, radio broadcasts and websites. As a student you job is to be able to identify where the source came from, why it was written / produced and who was the intended audience. Once you have done that you can start looking at how valuable or limited that source may be for the topic you are studying.

We will begin studying source analysis by looking at the growing problem of plastic pollution in the oceans.

​The "What" of History: Sources, deductions and speculations

The students now build on their our studies by acting as detectives to solve a real life murder.  Students will be presented firstly with a photograph of the scene and they are encouraged to distinguish what they now know for a fact, what they can deduce, and what they speculate. They then move on to examine, compare and contrast two written sources. Finally, the teacher reveals the name of the person whose body was found on the balcony, plays an extract from one of his speeches, and encourages students to find out answers to some of the key questions raised by the sources (Why was he killed? Why was the murderer never put on trial? Why were the witnesses never interviewed by police...?)

Students will feel comfortable in being able to:

The "Who" of History: Debating historical figures influence on the world

For this activity in assessing the impact of an historical figure on world history a balloon debate will be conducted after the students have conducted research. During the research process students will be taught about and required to use MLA format. A balloon debate is a debate in which a number of speakers attempt to win the approval of an audience. The audience is invited to imagine that the speakers are flying in a hot-air balloon which is sinking and that someone must be thrown out if everyone is not to die. The students can choose famous scientists, explorers, politicians, generals, entertainers, authors or sportsmen and women. Key to the students research will be showing an understanding of the historical context in which their famous person was living and how their innovation influenced the world.

Why we all need to learn geography?

i. Who do you think learnt Geography like this?
ii. With a partner or individually write a paragraph to describe what Geography means to you - use the videos as inspiration.
Click here to access the Grade 7 collaborative homework assignment

Which hemisphere am I in?

The word hemisphere basically means half of a sphere.

Can we trust maps?

Assessment: Can we trust maps ? 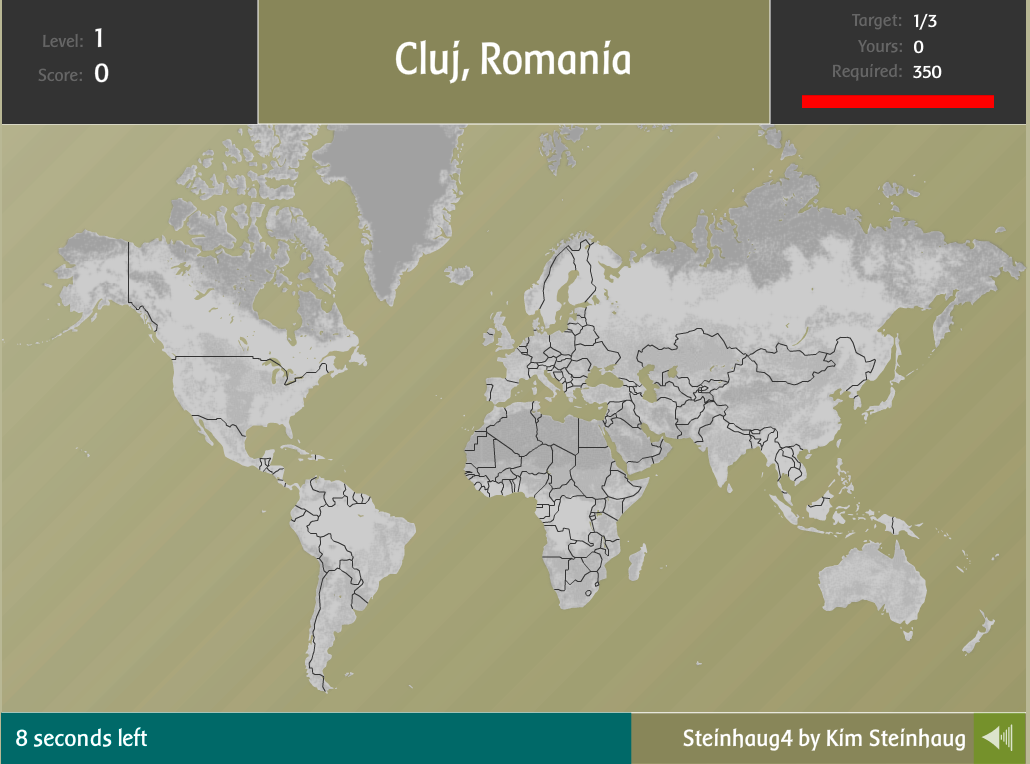