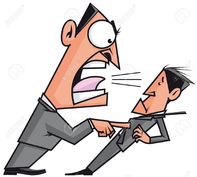 Conflict resulting from different objectives may be inevitable between labour and management within business. How can these conflicts be resolved or at least reduced so that the disagreement is not so great that it prevents all forms of coordination and working together? How can positive cooperation be achieved between these two groups for the benefits of business and all stakeholders?

The methods used by employees and employers to achieve their objectives will depend on the relative 'strength' of each side. Much also depends on the culture and legal structures of the country in which the organization operates, as well as the culture of the business itself. In some countries, trade unions are still illegal or their operations are strictly controlled. At the other extreme, in the European Union, workers' rights over minimum pay levels, security of employment and working conditions are protected by laws that restrict quite substantially the independence of management in deciding on such issues.

Collective bargaining: The negotiations between employees' representatives (trade unions) and employers and their representatives on issues of common interest such as pay and conditions of work

Trade unions: An organization of working people with the objective of improving pay and working conditions of the members by providing them with support and legal services

Industrial action: Any of the measures taken by the workforce or trade union to put pressure on management to settle an industrial dispute in favour of employees.

Trade union recognition: When an employer formally agrees to conduct negotiations on pay and working conditions with a trade union rather than bargaining individually with each worker

Single union agreement: An employer recognizes just one single union for the purposes of collective bargaining

No-strike agreement: Unions agree to sign an agreement with employers not to strike in exchange for greater involvement in decisions that affect the workforce

Conciliation: The use of a third party in industrial disputes to encourage both employer and union to discuss an acceptable compromise solution (mediation)

Arbitration: Resolving an industrial dispute by using an independent third party to judge and recommend an appropriate solution

Strike action: The organized withdrawal of labour from a firm by a union

Employers’ Associations: Represent the views and interests of businesses within a specific industry

Industrial relations: The negotiations and relationship between trade union members and their employees