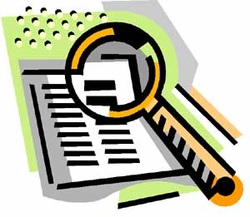 Top Tips
When you are asked to compare to sources and decide on their reliability and/or usefulness make sure you analyse both
For each source analyse its strengths and weaknesses - what makes it reliable/useful, what detracts from its reliability/utility
Come to a conclusion! Don't say they are both of the same reliability or usefulness, choose one and state your case clearly

Looking at Bias
Don't fall into the trap of calling a source biased just because it is written by someone on a particular side of a dispute. Make sure you have grounds for describing a source as biased!

When considering reliability ask these questions
Does this source distort the facts?
Does it give one side of the story or is it balanced
Does it deliberately attempt to mislead?
Can the views expressed in the source be corroborated?

When thinking about usefulness
The key trigger here is an understanding of what your line of enquiry is. For instance a biased source might be extremely useful if you are investigating the opinions of a particular group at a particular time, but less useful if you were asked to investigate "the facts" of an event

When sources disagree
It is an examiner favourite to ask why two or more sources don't agree.
Don't just describe the sources back to the examiner - this is how they disagree not why. Also take care to remain focussed - you have not been asked about reliability or usefulness here!

To understand why sources disagree requires an understanding of motive - why did the author produce the source? You also need to consider the different accessthat each author would have had to the facts. For instance a British historian might have better access to source material on British history than a Chinese one!
You also need to take into account the background, nationality, culture, religion etc. of the author and decide whether this may have had some bearing on how things have been interpreted in the source

Use all the sources and your own knowledge
This type of question often requires you to study a relatively high number of sources and to agree or disagree on a particular statement. These are frequently questions worth many marks!

Consider carefully the statement offered by the examiner e.g. "Hitler was the most significant cause of World War II"
Do you agree or disagree with it. Often as in the example given it is most sensible to disagree (explain why Hitler was important but explain the importance of others factors that caused World War II)

Questions to consider for Written Sources

Questions to consider for pictorial sources
Drawings and paintings

Cartoons
These are frequently deliberately exaggerated for effect and in many cases simply unreal e.g. Winston Churchill portrayed with the body of a bull dog. In such cases it is clear that that the picture itself is not "reliable" so you will have to consider whether the message of the picture is reliable (did Churchill have bulldog qualities?). Does the message accurately reflect the generally held opinion of the person, event or thing?

Photos
The camera sometimes lies! However it is very unlikely that "doctored" photos will appear in exam papers. However staged photographs will often appear! Think of the College prospectus with all those happy hardworking students contently working away behind the screens of high specification computers! Ask yourself whether the photograph portrays events which are typical of such a context. Consider also the motive of the person who may have staged the photograph.

Statistics
Have they been collected accurately?
Have the numbers been simplified - rounded up or down?
Has the scale been altered for effect?


The embedded document below is to be used as a guide as to how to answer three questions that you will be asked to answer this year on your Source Based Exam.  Read through the document carefully and download practice paper below to practice