YAYOI (300 B.C. - A.D. 300) Rice cultivation, metalworking, and the potter's wheel are introduced from China and Korea. Era named "Yayoi" after the place in Tokyo where wheel-turned pottery was found. In Shinto, Japan's oldest religion, people identify kami (divine forces) in nature and in such human virtues as loyalty and wisdom. 100-300: Local clans form small political units.

ASUKA (645 -710) A great wave of reforms called the Taika no Kaishin (Taika Reforms) aims to strengthen the emperor's power.
New aristocratic families are created. Especially powerful is that of Fujiwara no Kamatari, who helped push the reforms.
NARA (710 - 794) Imperial court builds new capital, modeled upon Chang-an in China, at Nara. Though emperors are Shinto chiefs, they patronize Buddhism in the belief that its teachings will bring about a peaceful society and protect the state.
Legends surrounding the founding of Japan are compiled as history in the Kojiki (Record of Ancient Matters) and the Nihon shoki (Chronicle of Japan). With the adoption of Buddhism as the state religion, its monasteries gain political power.

KAMAKURA (185-1333) Military government established in Kamakura by Minamoto no Yoritomo. Emperor, as figurehead, remains in Kyoto with the court aristocracy.
MUROMACHI (1333 -1568) Muromachi district of Kyoto becomes base for Shogun Ashikaga Takauji's new military government.
Takauji and his successors become patrons of Zen and spontaneity in ink painting, garden design, and the chanoyu (tea ceremony).

1467-1568: The 10 year-long Onin no Ran (Onin War) brings disintegration of central government, followed by the Sengoku Jidai (Era of the Country at War). Firearms introduced by shipwrecked Portuguese soldiers (1543),Christianity by Francis Xavier (1549).

AZUCHIMOMOYAMA (1568 -1600)
Oda Nobunaga starts process of reunifying Japan after a century of civil war; he is followed by Toyotomi Hideyoshi (1536-1598). Foundation of modern Japan is laid. Hideyoshi's ambition to conquer Korea and China is thwarted by local resistance. Arts such as painting, monumental decorative designs, and the tea ceremony continue to flourish.

How did the Tokugawa's consolidate their power?

The Ban on Christianity 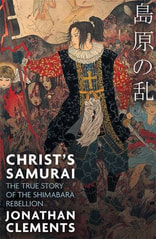 As far back as Toyotomi Hideyoshi and Tokugawa Ieyasu, the shoguns were well aware that trading goods also meant trading ideas. Christianity was seen as subversive (disruptive; trouble) and ultimately a threat to the shogun’s power over the land. Tokugawa Ieyasu’s son, Hidetada, began a campaign against Christians in Japan, mirroring his father’s fears that they were becoming too influential. Thousands died from exile, torture and execution.

The key points related to Christianity in the Edict of 1635 included:
However, the Shimabara Rebellion, near today’s Nagasaki, proved that there was a Christian resistance. Why had they rebelled against the shogun? What was the ultimate result of the Shimabara Rebellion? To sum it up, peasants in the area were heavily taxed in order to pay for a new castle being built in Shimabara by the local daimyo. This angered peasants and ronin alike, and the persecution of Christians by the daimyo made the problem worse. In the end, the rebels seized Hara Castle, but were eventually suppressed by 125,000 soldiers sent by the Tokugawa shogun. Interestingly, the daimyō of Shimabara, Matsukura Katsuie, was beheaded for mis-ruling his people. He was the only daimyō to be beheaded during the Edo period.

Learn more from the PBS video 'Japan: Memoirs of a Lost Empire', related to The Shimabara Rebellion Part 1 and Part 2

The fall of the Tokugawa Shogunate and the Meiji Restoration 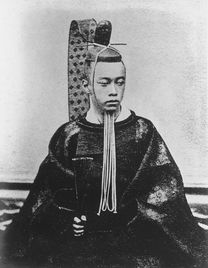 The downfall of the Tokugawa Shogunate in 19th century Japan was brought about by both internal and external factors. Under the Tokugawa rule, the government was a feudal military dictatorship called bakufu, with the shogun at the top. The emperor reigned but did not rule; he was only a symbol to be worshipped.  Tokugawa society placed great importance on obedience to authority. The individual was controlled by the state, the community and the family.The forced opening of Japan following US Commodore Matthew Perry's arrival in 1853 undoubtedly contributed to the collapse of the Tokugawa rule. Firstly, it created socio-economic problems in the country. The speculation in the gold and silver exchange by foreigners after the signing of the treaties upset the domestic price structure. This led to extraordinary fluctuations in the prices of local goods and brought economic hardships to the Japanese people. The import of cheap foreign products wiped out local cottage industries, causing unemployment and despair. The economic distress resulting from the opening of Japan soon spread throughout the country. The Japanese were very discontented so they turned to support the anti-bakufu movement.By inviting some of the daimyo to be representatives at the Council of State, the shogun provided a golden opportunity for them to form a political movement against the Tokugawa Shogunate.

The Sonno Joi (revere the emperor and expel the foreigners) movement was then set up. It was supported by the peasants, samurai, court nobles and daimyo. In this way, the treaties with the West not only made the downfall of the Shogunate inevitable but speeded up its collapse. There were anti-foreign outbursts. The bombardments of Kagoshima and Shimonoseki in Satsuma and Choshu in June and August of 1863 were two such events. Consequently, the two clans realised the importance of military might and began to carry out military reforms. At the same time, they gave up the policy of Joi. This weakening of the shogun's power speeded up the downfall of the Shogunate. As the shogun faced a two- fold challenge from the internal and external forces, he decided to relax the sankin kotai system in order to gain support from the daimyo.
Ever since the 18th century, most of the shoguns were weak and the bakufu was corrupt. This resulted in power struggles. The luxurious life of the shoguns also led to inflation and widespread discontent as they were located far from the major urban centres in southwestern Japan. The growing power of Satsuma and Choshu changed the balance of power within the Tokugawa administration. The growth of money economy led to the rise of the merchant class, but as their social and political status remained low, they wanted to overthrow the government. The new economy also lowered the position of the daimyo and samurai because they became poor and could not solve their financial problems. They therefore wanted to overthrow the Tokugawa rule as well.
The peasants were hit by the fluctuating rice price and natural disasters as heavier taxes were imposed on them by the daimyo. Eventually, they rose up in riots. The rise of Shintoism placed the emperor in a more important political position and many Japanese wanted to restore the rule of the emperor. The Dutch learning encouraged the Japanese scholars to criticise the Shogunate for the shortcomings of the closed door policy. This weakened the government. The final collapse of the Shogunate was brought about by the alliance of Satsuma and Choshu. These two antagonistic western clans formed an alliance as a result of the Shogunate's expedition against Choshu in 1866. The alliance worked out a proposal for a complete overthrow of the Shogunate.

​In January 1868, they attempted a coup d'etat to overthrow the newly throned Shogun Tokugawa Keiki. After a short period of fighting, Emperor Meiji took supreme control of the country. During his reign from 1867 to 1912, Japan was completely transformed and it became a world power.

Japan and the United States at War 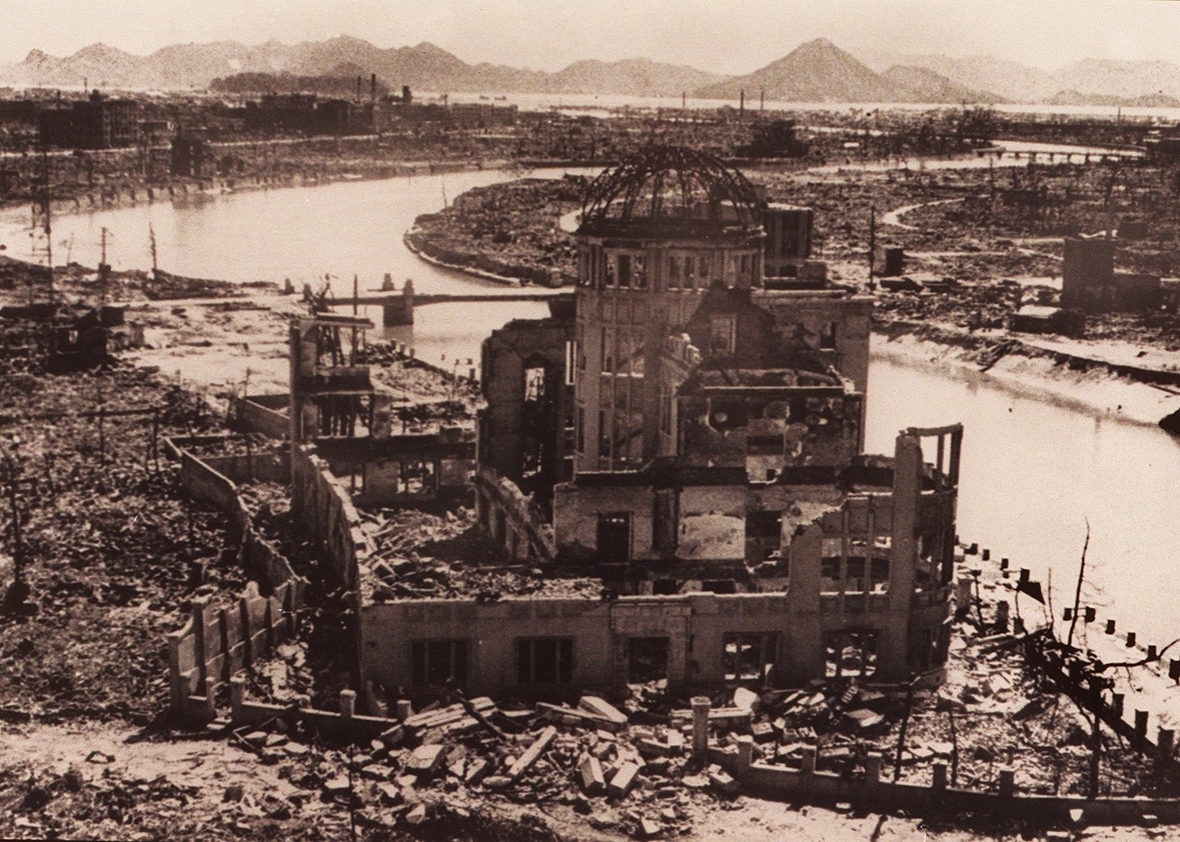 Today Japan and the United States are close allies. But between 1941 and 1945, they fought a bitter and bloody war, which many people remember well today. Why did they fight this war?

The answer on the American side is simple: the Japanese bombing of Pearl Harbor. The Americans were angry at the Japanese for their invasions of first Manchuria (1931), then China (1937), and later French Indochina (1940). After the Japanese moved into Indochina, President Roosevelt ordered a trade embargo on American scrap steel and oil, on which the Japanese military depended. But the American people felt that Asia was far away, and a large majority of voters did not want to go to war to stop Japan. The surprise attack on the Pacific fleet at Pearl Harbor on December 7, 1941 changed this, outraging the whole U.S. nation and convincing it that it must stop the Japanese army and navy.

Why did Japan attack the United States? This is a more complicated question. Japan knew the United States was economically and military powerful, but it was not afraid of any American attack on its islands. Japan did worry however, that the Americans might help the Chinese resist the Japanese invasion of their country. When President Roosevelt stopped U.S. shipments of steel and oil the Japan, he was doing exactly this: the Japanese are dependent on other countries for raw materials, for they have almost none on their own islands. Without imports of steel and oil, the Japanese military could not fight for long. Without oil, the navy would not be able to move after it had exhausted its six-month reserve. Roosevelt hoped that this economic pressure would force Japan to end its military expansion in East Asia.

The Japanese military saw another solution to the problem: if it could quickly conquer the British and Dutch colonies in Southeast Asia and gain complete control of the oil, rubber, and other raw materials it needed, then it could defend its interests in China and Indochina against those Europeans who were now busy fighting a major war in Europe against the Germans and Italians. The only force that could stop the Japanese was the American Pacific fleet — which was conveniently gathered close to Japan at Pearl Harbor, in Hawaii. Knowing that many Americans did not want to fight a war against Japan, the military thought that if it suddenly destroyed the U.S. fleet, America would simply give up and allow Japan to consolidate its grasp on East Asia.

Japan was not militarily or economically powerful enough to fight a long war against the United States, and the Japanese military knew this. Its attack on Pearl Harbor was a tremendous gamble — and though the short-run gamble was successful, the long-run gamble was lost because the Japanese were wrong about the American reaction.

But behind this mistake was another, earlier miscalculation. Ever since Commodore Perry's fleet opened Japan in 1853, in an era of great colonial expansion, the Japanese had watched the European powers dominate East Asia and establish colonies and trading privileges. China, Japan's neighbor, was carved up like a melon as Western powers established their spheres of influence on Chinese territory. After an amazingly short time, Japan was able to develop the economic and military strength to join this competition for dominance of the Asian mainland. Japan defeated China in 1895 and Russia in 1905, in battles over who should dominate Korea. Japan joined the allies against Germany in 1914-18 in a struggle to control a portion of China and then conquered Manchuria in 1931 in an effort to secure a land area rich in raw materials. The Japanese nation and its military, which controlled the government by the 1930s, felt that it then could, and should, control all of East Asia by military force.

​Japan's military invasions of other Asian countries, however, brought resistance from not only the European colonial powers, but also the Asian people themselves, and finally, the United States. The Japanese military tried to convince the Japanese people that complete loyalty and obedience would make Japan invincible. Japan's early victories seemed to prove this, but the U.S. victory at Midway Island in June 1942 led to the steady encirclement of the Japanese islands, cutting them off from needed supplies of raw materials. The Japanese navy was destroyed. When this was followed by massive bombardment from the air and the final blow of the atomic bombs dropped on Hiroshima and Nagasaki, Japanese invincibility was proven to be a myth. At the end of the war, the Japanese nation was not only starving and devastated by the bombing, but bewildered and shocked by the defeat.

Empathetic exercise: Put yourself in the shoes of an American and a Japanese living during WW2. Imagine that you are preparing for a debate. You must justify the actions of your nation leading up to and during WW2.