2.8 Equity in the distribution of income 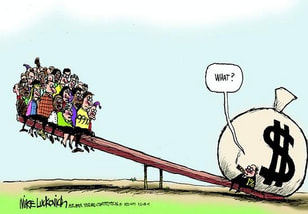 There are many tools at a governments disposal to tackle inequality. Unfortunately all of them come with opportunity costs and potential unintended negative outcomes which could potentially exacerbate the problems of inequality.