Classical civilizations are defined as those that had a large, enduring influence over a large number of people.  The Zhou, Qin and Han Dynasties were significant as they shaped modern China. The significance of their achievements included: 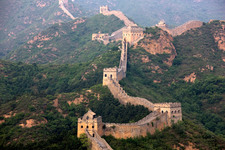 The Geography of China and its Mythical Origins 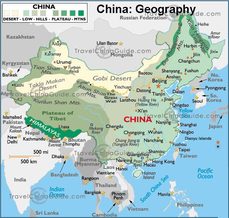 The first Chinese people thousands of years ago thought they were made by a god named ‘Nuk Wa’. They believed that nobles were made from yellow clay and that commoners were made from mud. The Chinese thought that they were in the middle of the world, and so they called China The Middle Kingdom. Why?

China had too many natural barriers around it: the South China Sea, the East China Sea, the Yellow Sea, the Gobi Desert, the Huang He River, and others. These barriers had both positive and negative impacts on China. Some positive impacts on China are that the barriers kept out invaders that were trying to get into China and take it over. Some negative impacts are the barriers kept out ideas and traditions from other countries and it kept in China’s ideas and traditions. China could not spread its’ culture throughout other places in Asia.

Make a Timeline at Preceden.com

Every society has a social structure. In ancient China people were divided into five main groups:

Ancient Chinese Families
​Ancient Chinese families had three generations under one roof – grandparents, parents and children. A family’s honour was VERY important, so there were strict rules. Every family member had to respect other family members. Fathers had to work and respect every family member, especially his parents. Mothers had to do housework and care for children. They had to obey their husband and husband’s parents. The grandfather was the ‘boss’ of the house and the grandmother helped out the mother, but the mother had to obey her. Girls had to marry whomever their parents said as well as help out around the home. Children had to obey and respect their parents.

Dragon Lore
China’s first emperor, the Qin emperor, chose the dragon as his empire’s symbol. The ancient Chinese believed that dragons were in every lake, river and sea, as well as the sky and rain clouds. To the ancient Chinese dragons weren’t frightening, but wise, gentle, good and strong. An interesting idea that they thought dragons lost their toes the further they flew from China, but got them back as they flew home.

Ancestor Worship
The Chinese worshipped their ancestors since the Shang dynasty. They believed that dead family members protected them from evil and natural disasters (floods, droughts and earthquakes). They wrote questions on oracle bones. They burned a tortoise shell or ox bone until it cracked giving the answer. The ancient Chinese prepared food and drinks for them during ceremonies. There were many special pots to put food and drink in (to enjoy the afterlife).

How to compose your paragraphs

Your paragraphs should contain an opening topic sentence, which essentially a mini-thesis statement. For example,

Han China and the Roman Empire were politically similar in that they both had strong army and were ruled by an Emperor and yet they had different structures to their governments.

You should then go on to explain in detail the similarities and differences between them and then analyze these = SAY WHY THEY WERE SIMILAR OR DIFFERENT? You should also attempt to support your writing with the opinions of other writers. For example,

‘Merchants were considered to be lower than peasants in Han China as they did not produce anything and merely made a living from the work of others. As Farah-Karls states, ‘Chinese society viewed merchants with contempt despite the vast wealth they accumulated. Confucianism taught that the pursuit of profit was unworthy of for the “superior” individual.’ (Farah-Karls pp.229) Thus Confucianism explains why merchants were held with such low regard in Han China compared to their position in Roman society.

Aim to try to include at least one quote from another author for each section you write. But remember not to use the same source again and again